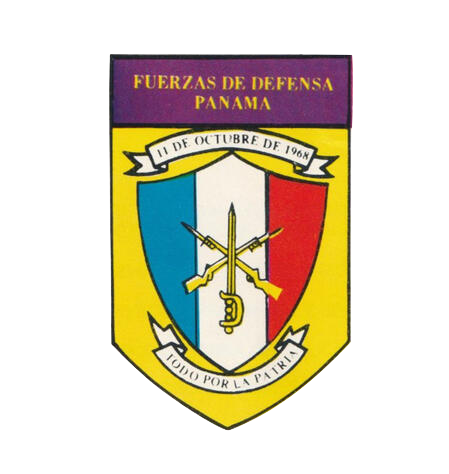 "Everything for the country."
"United for total liberation"
"Panama: one single territory, one single flag."
"For Panama: our lives." 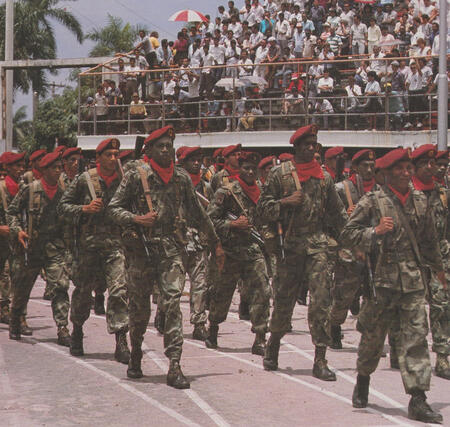 “The Panamanian Defense Forces are defending the sovereignty of the Panamanian people. There is a full scale conspiracy to crush them and throw out the Carter-Torrijos treaties at the same time.”
-Daniel Ortega, president of Nicaragua

"Panama was actually one of the most progressive in terms of social programs, and a model for Latin America."
-Col. Al Cornell, U.S. military attache in Panama

"Killing was not the modus operanti for the Panamanian Defense Forces. They didn't like violence."
-Donald Winters, CIA station chief in Panama

“Here in Panama we are fighting the last battle against colonialism and neo-colonialism and against the dependence and submissiveness of the weak peoples who are subjected to a scandalous debt and to threats of force and coercion. We have the essential elements that the United States needs to punish Latin American leaders, peoples, and governments that are not docile to US mandates."

“The opposition movement here is to use a classic, rather than an ideological, term the traditional Panamanian oligarchy that dominated this country from 1903 until 1968, when Torrijos ousted it from power. From 1968 to 1969, there was a social change in this country. The children of lottery ticket sellers, the children of cooks, the children of teachers and the children of peasants received the ability and opportunity to join the government. That change took place in the era of revolutionary processes, when Velasco Alvarado in Peru was also making similar changes. It was the period of social change. Torrijos was also carrying out changes here in Panama. Then, those who were ousted from power, those of that minority class called the white asses (rabiblancos)...Most of the people here are not white they are black or Indian. In the past few days it could be seen that the opposition is concentrated in a single street, just as they comprise a single group, the Panamanian oligarchy. The popular masses do not accept that concept, however. Why? Because the popular masses already know what it was like to be governed by that oligarchy. The phenomenon is not as it is presented in international news reports, which say the majority of the people are against the government. No. It is the majority of the Panamanian oligarchy that is against a popular government like this one.”

“The history of Latin American nations has been marked by the imperialist pendulum that functions on the basis of aggression and fears. I say aggression because we know of past marine landings in the Dominican Republic and Nicaragua, the aggressions against Mexico and the brutal expansion through Central America in an attempt to conquer it through the big-stick policy. The aggression is no different now. Now, there is psychological aggression and brutal economic aggression. Only the methods, the system, have changed. But the imperialist doctrine of aggression persists, and it has now become more sophisticated because it is aimed at the hunger of the Latin American peoples and the hunger of the Panamanian people...We support democracy. We support a participatory, independent, people’s democracy. We do not support a democracy that has elections and lets the people die of hunger. That is the kind of democracy (the USA) wanted to impose on us at the last talks...Our democracy must work in terms of this people’s and this country’s needs. It must work in terms of this country’s destiny. We must not and cannot accept democracies that have foreign tutors and porters. We do not want or accept democracies discussed and drafted at the US embassy. We do not want democracies that maintain the status quo of the current arrogant and defiant colonialism.”

“...we repeat that a strong homeland and social justice requires the active participation under equal conditions of the popular movements of workers and peasants, who can define the second revolution of a new republic.”